A modern hi-tech milk parlour set up at an outlay of Rs. 60 lakh was inaugurated at the Salem District Milk Producers Cooperative Union (Aavin) head office on Steel Plant Road on Sunday.

Edapadi K. Palanisamy, Minister for State Highways and Minor Ports, inaugurated it in the presence of District Collector V. Sampath. The new parlour will function round the clock and will market all Aavin products such as butter, ghee, badam powder, all ice cream varieties, milk, mango juice, milk shake, sweets such as halwa, Mysorepa and soanpapdi.

On the occasion, Mr. Palanisamy said that Salem Aavin was only the second unit to get a hi-tech parlour among the district milk producers union in the State. The Chief Minister recently inaugurated the first hi-tech parlour at Virugambakkam in Chennai.

He said that the new parlour had been set up in a place surrounded by the Government Mohan Kumaramangalam Medical College, and many Central and State Government undertakings, so that it can serve the students and the employees well. A daily sales target of Rs. 15 lakh had been fixed for this parlour, he said and called upon all sections of society to extend their support for achieving the target.

The Minister said that the farmers, who were solely dependent on marketing milk to the societies, would stand to gain a lot, if people patronised the Aavin products.

The Salem District Milk Producers Union is implementing a scheme of giving star status to the outstanding milk cooperative societies which continuously supplied maximum milk to the union and sanction cash incentives to them to motivate its members. As such, ten societies have been given the star status.

Seven more societies were given single star status and an incentive of Rs. 5,000 each.

The Minister handed over the star certificates and the incentive to all the ten societies on the occasion. 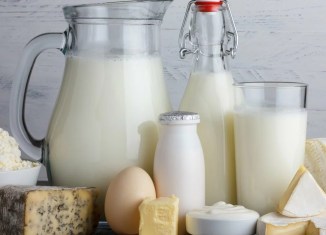 Mar 5, 2016
0 8
Source:thehindu.com The district administration and the Kalaburgi-Bidar Milk Producers’ Societies Union Ltd. will start a pilot project to reform milk societies in villages by introducing...

Innovations in Dairy Ingredients and Products

KMF scouting for investors via PPP