Goa Dairy has filed a petition before the High Court of Bombay at Goa challenging entry of SUMUL in the state.
The Goa Dairy has opposed the entry of Gujarat-based Surat District Cooperative Milk Producers Union Limited (SUMUL) on the ground that it is not a multi-state co-operative and so it cannot be set up in the state of Goa. Another ground on which the Goa Dairy is opposing the entry of SUMUL is that it has not been given permission by the state registrar.
In 1983 a tripartite agreement was signed between agricultural departments of the Union government, Goa government and Goa Dairy, restricting any other dairy establishment setting up business in Goa and the Goa Dairy sources said they would likely to oppose SUMUL on the ground of a tripartite agreement signed. 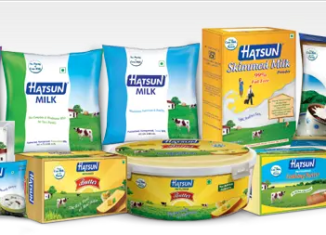 Mar 9, 2016
0 12
Source:business-standard.com Since the Budget announcement, shares of Kwality and Prabhat Dairy have run up 23 per cent and 47 per cent, respectively, compared to the...

Amul is a premium product for everybody: R S Sodhi