Three-day conference was inaugurated at the National Dairy Research Institute (NDRI), Karnal on the theme ‘Dairying in India by 2030: Make in India.’ The workshop was inaugurated by T Nanda Kumar, chairman of the National Dairy Development Board (NDDB).
Speaking on the occasion, Kumar said India’s economy was growing at 7-8% and dairy sector was bound to grow and main driving force was urbanization which would catapult the demand of processed milk. He cautioned that although India was number one in milk production, about 15% of its population was undernourished, and there was 5% morbidity in children below the age of 5.
He stressed that dairy development in the country could help alleviate the malnourished, especially in in rural areas. He also added that in a survey done by the NDDB, out of 15 crore rural women, one crore women expressed to take livestock rearing as profession. “In the same survey, it was also proved that, the rural families having dairy animal have 3 times better nutrition than non-dairy families,” he said. 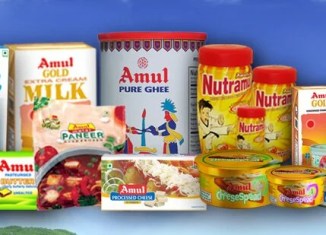 Resurgence of a White Revolution

The Future of India’s Dairy Industry Lies With Bull Semen