Home News Delhi Milk Scheme to be leased out

The Delhi Milk Scheme (DMS) is set to be leased out to a co-operative or semi-government agency such as AMUL, Mother Dairy or Karnataka Milk Federation, said government sources.
The Agriculture and Farmers’ Welfare ministry wants the new agency to begin operations by June, added the sources. The government will also write off the agency’s Rs 849 crore loss.
The staff, over 700, currently employed by the agency will have the option to stay as the government’s surplus pool or work with the new agency.
Highly placed sources in the ministry told The Indian Express that bids for operation and management of the agency will be invited next month and the process will be completed by March.
While the UPA government had put the issue on hold, the new government decided in April last year to hand over the DMS to a new agency. Sources said that all land, buildings and plants (machinery) will be leased to the new agency.

To assess the worth of the property and to fix the lease rent etc, the government had hired consultancy firm Darashaw & Co. Pvt Ltd. The firm has submitted its report. Sources said, initially, the lease will be given for 30 years.
DMS sells around 2.70 lakh litre milk a day besides butter, flavored milk and ghee in over 600 booths and 500 other outlets. It has around 149 acres in the National Capital Region (NCR) besides a plant in West Patel Nagar.
For many years, the government had considered handing over the DMS to other agencies as its market share was declining.
The agency used to sell close to 3.50 lakh litres of milk in 2010 but now it sells only 2.70 lakh litres. 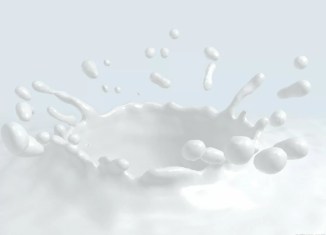 Mar 12, 2016
0 6
Source:fnbnews.com The Food Safety and Standards Authority of India (FSSAI) has decided to support innovative R&D proposals with respect to food safety and quality control...

AERC to study potential for dairy industry in east

The grab for Goa’s sweet tooth

Kellogg to set up R&D centre this year