The Orissa State Cooperative Milk Producers’ Federation Ltd (Omfed) will launch three new products – dairy whitener, bread and ‘pedas’ – on the occasion of Republic Day next year, informed Omfed managing director Bishnupada Sethy here on Monday.
Sethy said Omfed is launching these new products to increase its market base. “We have already finalized the plan to produce and market the products from January 26 onwards,” he added.
The federation, which sells more than 5 lakh litres of milk every day, has also launched a premium quality milk recently. “We have sold 1.5 lakh litres within one and a half months,” said Omfed MD Sethy.
He said the federation had a surplus milk production of 50,000 litres every day. “We want to use the surplus milk to produce dairy whitener and other sweets,” he added.

Dairy whitener, which is basically skimmed milk powder, is used for making tea and coffee. The product will be available in packets of 200gm and 500gm initially. Later, the size of the packets would be increased keeping in view of the demands of the customers, Omfed sources said.

“We have not decided the pricing of the dairy whitener packets, but will finalize it very soon,” said a senior Omfed official.
Omfed will also use the surplus milk to make ‘pedas’, a semi-soft sweetmeat made of thickened milk, khua and sugar. “As we produce and market khua, we have decided to make ‘pedas’ and market them,” said the officer.
Omfed sources said they would also manufacture bread and supply it to their 5,000 retail outlets across the state. “People usually buy milk and bread together from shops and it makes for good business sense to produce both the products,” said an official.
“The federation has already started producing and marketing traditional sweets like rasagola and gulab jamun recently on a pilot basis. It has sold one quintal sweets within a month,” said the Omfed sources. 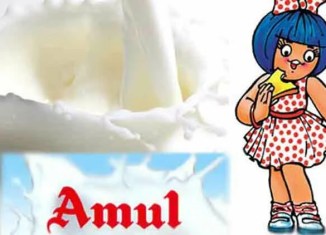 Russia may soon get ‘Taste of India’

Is Amul pattern a mirage for Telangana?

Expecting mothers in Karnataka to get free milk and ghee?