Despite milk being a very important part of the Indian diet, India was a milk deficit country post-independence.

This situation pushed the government to launch “Operation Flood”, which so far has been one the most successful government-led programs on inclusive growth and livelihood generation.

Operation Flood was implemented in three phases and with three main objectives – increase in milk production, augmentation of rural incomes and fair prices for consumers.

Today, India is not only self-sufficient in milk production but also a marginal exporter. Operation Flood established systems to aggregate scattered village milk production to demand centres across the country. The programme successfully established India as the largest milk producing country.

Growth in milk production has outpaced the growth in other large milk producing countries such as the US and China. At present, the livestock sector contributes to 4 per cent of India’s GDP and the dairy sector comprises a king’s share of it.

Milk procurement is an important source of secondary income for over 80-90 million milk producers, signifying its role to alleviate rural income and employment.

Demand on the rise
While India is self-sufficient in milk production, the key focus areas are – continuing growth in milk production, building scales in processing capacities, and enhancing inclusive growth through the organised sector – thereby benefiting stakeholders across the value chain.

Out of the total milk production of 140 million tonnes, about 55 per cent is marketable surplus after self-consumption.

Organised sector
Currently, the organised sector processing (packaged milk and dairy products) accounts for about 25-28 million tonnes, which is 18-20 per cent of the total production.

Over the last few years, demand for processed milk and milk derivatives has been rising, driven by changing income and consumption patterns.

Demand for milk is growing at a faster rate and is estimated to be 180 million tonnes by 2021-22.

Considering the requirements, the National Dairy Development Board launched the National Dairy Plan (NDP) in 2012 to focus on means to grow production and provide producers with greater access to the organised milk processing sector.

Processing the milk through the organised channel will facilitate standardisation of product quality and strengthening the direct supply channel will eliminate the intermediaries, both of which will ensure better compensation to small and medium milk producers.

Small farmers
Nearly 80 per cent of India’s milk production is contributed by small and marginal farmers, with an average herd size of one to two milching animals. Indian yield is still much lower than that in the US, New Zealand and Germany. These countries certainly have an advantage on the cattle breed, and also benefit from extensive mechanisation and larger herd size.

In India, there is high dependence on family labour and limitations to deploying mechanised milching systems, given the small herd size holding. Dairy farming and newer concepts on herd aggregation, both of which support collective animal management and mechanisation, are at a very nascent stage in India.

Few companies like Parag Milk Foods, are testing models with dairy farms, but this requires heavy investments in animal management to satisfy the raw milk requirement for large processing capacities.

Boosting organised farming
Predominant roles for co-operatives and private sector: Co-operative sector continues to play a vital role; but over the last 15 years, private sector companies have made an impressive growth in building capacities for processing milk and milk derivatives.

Increasing focus from the private sector on establishing last-mile linkages will complement the dairy development initiatives of the co-operatives and thereby lead to a larger share of the organised sector in milk processing.

Digitalisation and technology innovations: The Centre has led the Jan Dhan Yojana to deepen the access of the unbanked and under-banked segment to the financial systems.

Technology-based newer payment platforms have enabled immediate funds transfer to remote users. The next big move is the launch of payments banks that will further deepen last-mile coverage.

Penetration of technology and banking systems will ensure that dairy farmers get compensation on the same day, unlike the delays in physical settlement systems.

Such developments should also reduce credit risk associated with supply of milk to private companies, and will incentivise the dairy farmer to commit increasing marketable surplus through the organised segment.

Other initiatives
Since dependence on small and marginal farmers will continue, ideas for herd aggregation, scientific cattle management, deployment of mechanisation and improving the quality of cattle breed all require momentum. Long-term goals for the sector are increasing milk yield, production through genetic progress of the cattle, and improving feed quality.

The Centre has played and will play a critical role through budgetary allocation for these goals.

Private sector companies can support the long-term goals through research and development inputs. Private companies and co-operatives can set up ‘Dairy Clinics’ at the village level for educating dairy farmers and provide advice on scientific cattle management.

Cattle insurance
Penetration of cattle insurance needs a heavy push by educating dairy farmers on the schemes and driving the use of technology, given that the insured cattle are in remote locations.

Technology-driven solutions in animal identification will enhance the use of insurance schemes to access organised sector finance.

Overall policy-level focus from the Government and investments from the co-operatives and private sector will certainly lead to incremental income opportunities for rural India in the organised sector. A stronger and resilient rural economy, with higher income levels, will further support the consumption story in India. 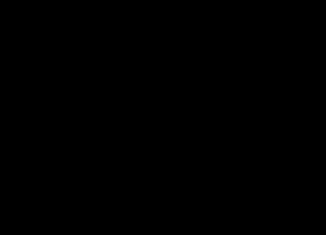 Larvae in milk powder from Nestle

Oct 28, 2015
0 14
Source: nagpurtoday.in While international giant Nestle might have been in a self congratulatory mode since Maggi noodles is about to get back on our supermarket shelves,...

Growth in organised dairy sector, a boost for rural livelihood

Maharashtra looking to build a milk brand like Amul

Amul does cooperative proud yet again!