Australia and Tamil Nadu will create a working group for enhanced economic cooperation in sectors such as agriculture, dairy development and fisheries, said Australia’s Trade and Investment Minister Andrew Robb.

In Australia, the daily average production of milch cows is around 30 litres while it is 5-6 litres in India. There is a great opportunity to share some of the experience of Australia in dairy production, farm management and increasing productivity, he told newspersons.

On Wednesday morning Robb met State ministers for industry and finance to work out plans for agriculture and dairy industry development, sustainable fisheries management and aqua culture. Australia has major projects worth up to $2 billion producing tiger prawns and employing around 700 people, the minister said.

Tamil Nadu will be one of the major beneficiaries of the Comprehensive Economic Cooperation Agreement to be finalised between Australia and India. “We are working on a target to complete the process by the year end,” he said. The agreement’s focus will be mainly on services, he said.

“We are working on a target to finalise the agreement by this year end,” he said.

On the Adani group’s coal mining project, Robb said that all approvals have been issued by the Australian government. There has been some opposition from green groups, which is being discussed. Coal from the Adani project will provide sufficient electricity to nearly 100 million homes for the next 100 years, he said. 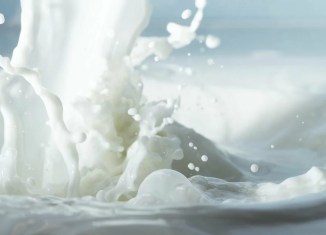 India set to have a lean milk season next year

Larvae in milk powder from Nestle

Growth in organised dairy sector, a boost for rural livelihood

India set to have a lean milk season next year